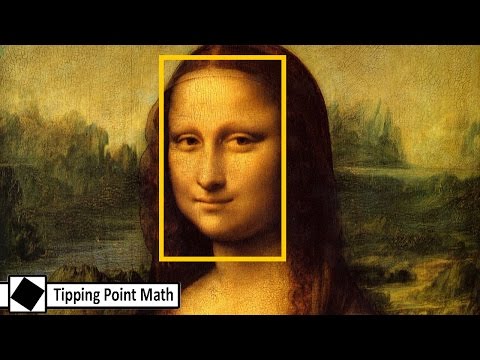 What is the Golden Ratio?

By Tipping Point Math on youtube.com

This content is about the golden ratio, which is the ratio of sides of a special rectangle. The golden ratio has been claimed to appear in ancient Greek architecture and famous artwork, but this is not borne out by measurements. Luca Pacioli wrote a book called The Divine Proportion illustrated by Leonardo da Vinci which studied various geometric solids and the golden ratio's appearance in architecture and the human body. Salvador Dali embraced the golden ratio in his painting The Sacrament of the Last Supper, where the canvas was a golden rectangle and the windows in the background were framed by a dodecahedron.