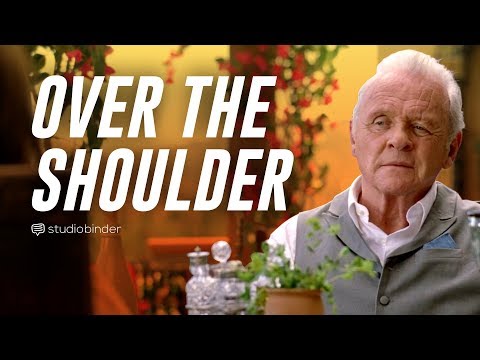 By StudioBinder on youtube.com

In this step you'll learn about how to show connection between two characters without saying a word. This is done through camera placement, specifically using an over the shoulder (OTS) shot. This is a popular tool used by filmmakers to create a subconscious connection between two characters. Additionally, single shots can be used to disconnect characters and signal isolation. This is demonstrated in a scene from the HBO series Westworld, where the creator of the park Dr. Robert Ford and head of quality assurance Theresa Cullen are having a private conversation."

Dare to be a film director