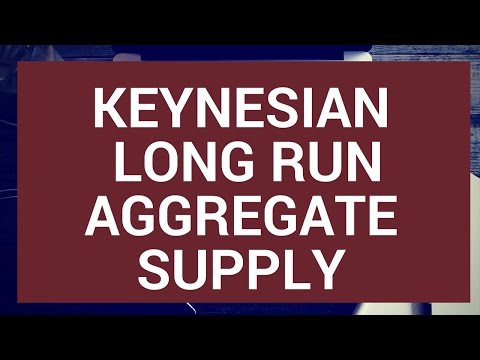 In this video we will take a look at an alternative perspective to the long run aggregate supply curve. We’ll examine the Keynesian perspective and consider the key differences between Keynes’ and the classical economists. Keynes believed that at low levels of real GDP the aggregate supply curve was elastic, and that prices were sticky downwards. He advocated for government intervention at such low levels of output, as he was influenced by human suffering that could persist if governments do not intervene. The Keynesian long run aggregate supply curve has three portions, which include a flat portion at low levels of real GDP, an intermediate range with an upward slope, and finally a vertical portion at full employment.