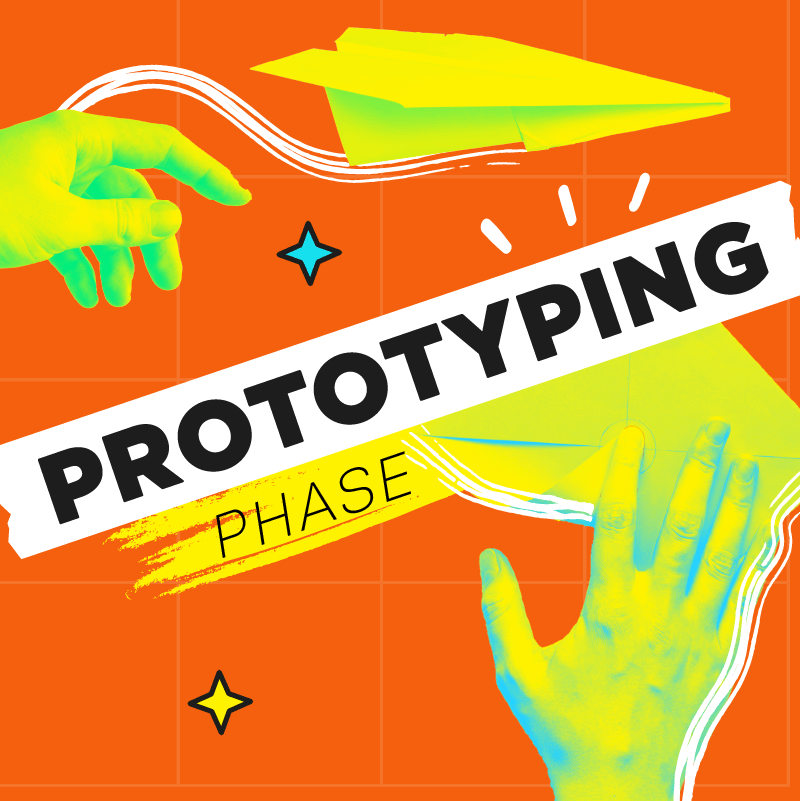 In this step you'll learn about low-fidelity and high-fidelity prototyping. Low-fidelity prototyping is considered the more basic of the two categories and can be made of wood, paper or plastic. High-fidelity prototyping looks much closer to the end result and can be a 3D plastic model or a depiction of the product made in Sketch or Adobe Illustrator. Prototypes allow designers to think about their solutions as a tangible product rather than an abstract idea and testing with a prototype can save a business energy and large costs. Eight common ways to prototype are sketches and diagrams, paper interfaces, storyboards, Lego prototypes, role-playing, physical models, Wizard of Oz prototypes and user-driven prototypes.